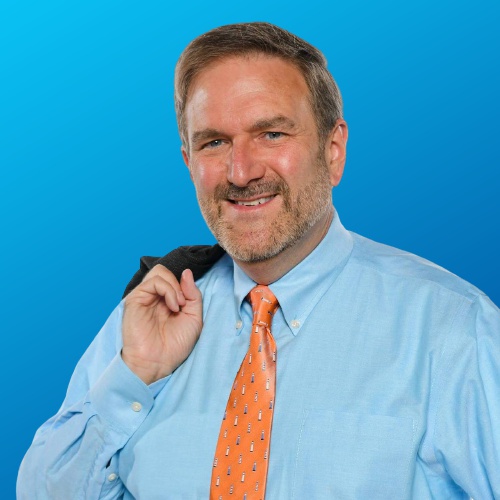 Frank Murphy is an improviser on-air, on stage, and online. He was born in Albany and grew up in Yonkers.

You can hear Frank weekdays between 3:00 and 7:00 p.m. on 93.5 Lake George Radio or online at lakegeorgeradio.com

Frank has a podcast and YouTube channel called the Frank & Friends Show which features appearances by several guest co-hosts. The podcast and travel vlogs about tourist attractions are found at FrankAndFriendsShow.com

In 2021, Frank became host of Up Close with Frank Murphy, a monthly late-night interview program. Past episodes are available on the PBS Video App.

World-renowned forensic anthropologist Dr. Bill Bass utilizes Frank at many of his speaking engagements, which are planned by the team at BoneZones.com. Frank serves as emcee and facilitator.

Frank earned the title “Man of the Year” in the Leukemia & Lymphoma Society’s 2017 fundraising competition. In 2012 and 2013, Frank won the Host with the Most stand-up comedy contest to raise money for charity.

Frank graduated from George Mason University, where he won the Senior of the Year award. He became a KCBS Certified Barbeque Judge in 2013. His hobbies include writing, swimming, and growing figs. Frank has visited all 50 states and hopes to take his wife Jere to the two states she has not yet visited. Frank and Jere have two adult children and five grandchildren.